Situated off the coast of Tanzania and washed by the warm, clear waters of the Indian Ocean, Zanzibar is a tropical archipelago comprised of many scattered islands - the two largest of which are Pemba and Unguja, or Zanzibar Island. Today, the name Zanzibar evokes images of white sand beaches, slender palms, and turquoise seas, all kissed by the spice-laden breath of the East African trade winds.

Spices have long been a pillar of Zanzibar's trade-heavy economy.
Zanzibar City, with its UNESCO-listed historic center Stone Town, is the heart of this Indian Ocean archipelago, positioned 25 miles east of the Tanzanian mainland.
The Portuguese and Chinese introduced spices such as garlic, cacao and chili to the islands several centuries ago.

The Sultan mandated the establishment of clove plantations on both public and private lands and forced Zanzibar's slave population to grow and harvest the crops, fashioning the less than 1,000-square-mile archipelago into the world's single largest cloves producer.
Today, however, Zanzibar is an economy in transition.

While cloves remain the archipelago's leading domestic product, its production numbers have been surpassed by other mega-suppliers such as Indonesia and Madagascar.
Zanzibar, as a result, has capitalized on its history as the world's "Spice Islands" -- a title also claimed by Indonesia's Maluku archipelago -- to become a popular destination for eco-tourists.

Trade of one kind or another is an intrinsic part of the island’s culture and has shaped its history for thousands of years. Zanzibar's identity as a trading hotspot was forged by its location on the trade route from Arabia to Africa; and by its abundance of valuable spices, including cloves, cinnamon, and nutmeg. In the past, control of Zanzibar meant access to unimaginable wealth, which is why the archipelago’s rich history is studded with conflict, coups, and conquerors.

Check out these tours in Zanzibar Provided by Halal Tanzania Tourism


Well, we aren't Facebook but we love reactions too.
They can give us valuable insights on how to improve what we're doing. Would you tell us how you feel about this article "African Spice Land" on a comment down below.

If you enjoyed this article ... 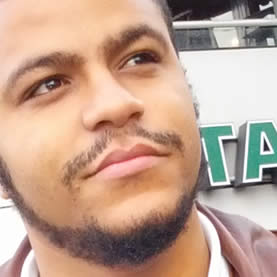